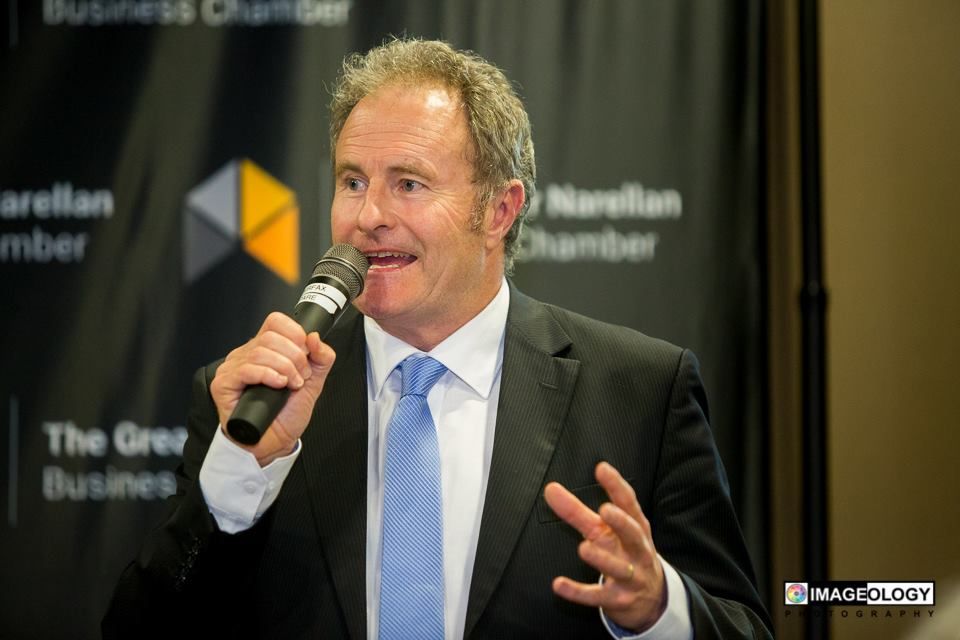 Written by Executive on September 25, 2017. Posted in Blog, Minutes.

• Maria welcomed members and guests and guest speaker, Craig Hamilton. Life members, current sponsors and board members were also acknowledged.
• Maria spoke of the importance of the R U OK? campaign, the theme of tonight’s meeting.
• Maria advised that she is very proud of the new website and thanked the team from Getmilk for the excellent job they did of the website.
• At the next meeting, the guest speaker will be Beau Ryan who will be interviewed by Pastor Paul Stevens. Attendees are encouraged to wear the colours, or even the jersey, of their favourite football team.

Matthew presented an overview of the new website about to be launched. The 3 primary
objectives for the new website are to provide:
• a positive user experience for members and guests, and the site must be mobile responsive;
• a better user experience to book events with the ability for community events to be added to our event calendar;
• a simple, easy to navigate members directory that allows members to have greater control over their profile.

A temporary password will be emailed to all members to enable them to login and change the password.
Members were encouraged to provide any feedback about the website to the Chamber to be passed on to them.
Matthew thanked the Chamber for giving Getmilk the opportunity to develop the new website.

Pania advised the minutes from the previous meeting held on 9 August 2017, and all future
meetings, will be available on the new website. The minutes were moved by Brett McGrath
and seconded by Geoff Rogers.

Geoff presented the Treasurer’s Report as at 31 August 2017. The report was moved by Sue
Robinson and seconded by Ian Wolf.

Belinda advised there are 179 financial members and welcomed our 4 new members:

Attendees were advised that only renewed members will be listed on the new website.

Sue played a short video of the logos of the Platinum, Gold and Silver sponsors, followed by
a presentation of sponsorship gifts to those who were not present at the previous meeting.

Harry presented an informative video about the Western Sydney Airport at Badgery’s Creek
and discussed the work being carried out by the SWS Tourism Taskforce.

Ron presented a 12-month snapshot of what Camden Council has been working on and the
projects that have been completed. Council is passionate about, and committed to,
providing exceptional customer service and are now tracking and reporting on their service
delivery performance.

Ron advised that Council is half way through its 5-year Business Improvement designed to
capitalise on once in a lifetime growth – capacity, momentum and legacy.
Council has integrated the R U OK? campaign into the workplace through training and
support for staff and into the community including signed planter boxes with yellow flowers
in the main street of Camden.

Craig advised he was an ABC broadcaster for 20 years. In 2000, at 37 years old, he started
experiencing symptoms that within 7 months had developed into acute depression to the
point of suicide. It had left him unable to work or to function in any normal way. He was
diagnosed with Bipolar Disorder.

Craig said that rest and recovery was crucial in his recovery and in managing mental health.
Another critical factor was the support he received from his employer, ABC, which enabled
him to take the time to recover and return to work at a pace that worked for him.
Craig said that more Australians die from suicide than on the roads. In 2005, he became an

Ambassador with beyondblue and has represented the organisation in assisting to de-
stigmatise with Mental Health education. Some of the key messages from Craig:

• We need to learn that is OK to ask for help
• Don’t waste energy on what you can’t control, focus on what you can control
• For him, every day is R U OK day

Donated by Craig Hamilton – 2 signed copies of his latest book, A Better Life, won by Brett
from Marsdens and Leona from Vintage FM.

Maria thanked the speakers and attendees.

The next meeting will be held on 11 October 2017 at Harrington Grove Country Club, arrival from 6.00pm.

There being no further business, the meeting was closed at 9.12pm.