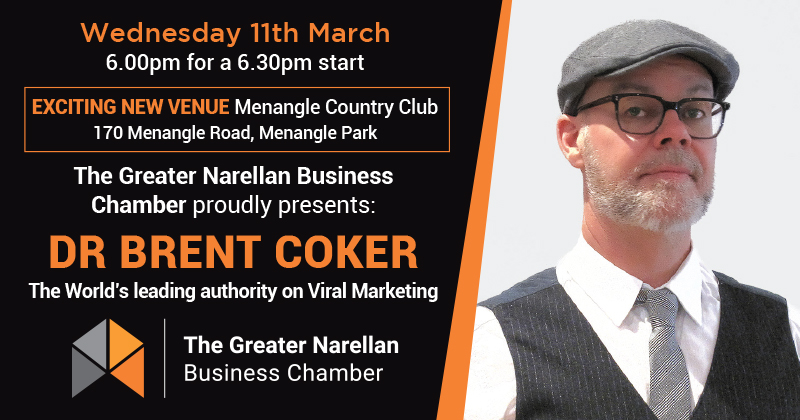 Dr Brent Coker is the world’s leading authority on Viral Marketing, and author of the UK bestselling book “Going Viral”. His research into the minds of consumers has been published in leading academic journals and reported around the world, and in 2009 Oprah’s magazine called him the “Stephen Hawking of the internet”.

Brent Coker woke up the next morning to his phone ringing. It was David. “Brent! Where have you been!?” He exclaimed in an excited voice. “I’ve been trying to get in contact with you – check your emails!” Brent opened his computer – he had over 4,000 new emails from people he had never heard of, and they were still loading. Many were reporters requesting an interview, others were office workers thanking him for his study, people with questions, and academics congratulating him. “David what’s happened?” Brent asked him, surprised and at the same time a little panicked. “Your study is in the New York Times and it’s trending on Twitter!” he exclaimed. Brent sat back in his chair in disbelief.

For the next few days his phone didn’t stop ringing. Brent gave radio station and media interviews from USA to Europe, and fielded what seemed like a never-ending barrage of emails. The press were reporting that a new study had found that surfing the internet at work was good for productivity. For some reason people couldn’t stop talking about it. The results of Brent’s Freedom to Surf study had gone viral.

Brent had his 15 minutes of fame as they say. But what really intrigued him about what had happened was why his story had spread so wide and far, and so quickly. And so began Brent’s next research interest: why things go viral.

Brent was born in a small village in the Southern Alps. He wasn’t really successful at school, preferring instead to spend my days in the mountains. One day he met someone who changed his life, and as a result Brent ended up getting a PhD in online consumer psychology. After graduating Brent was offered a job at the University of Melbourne, where he remains to this day.