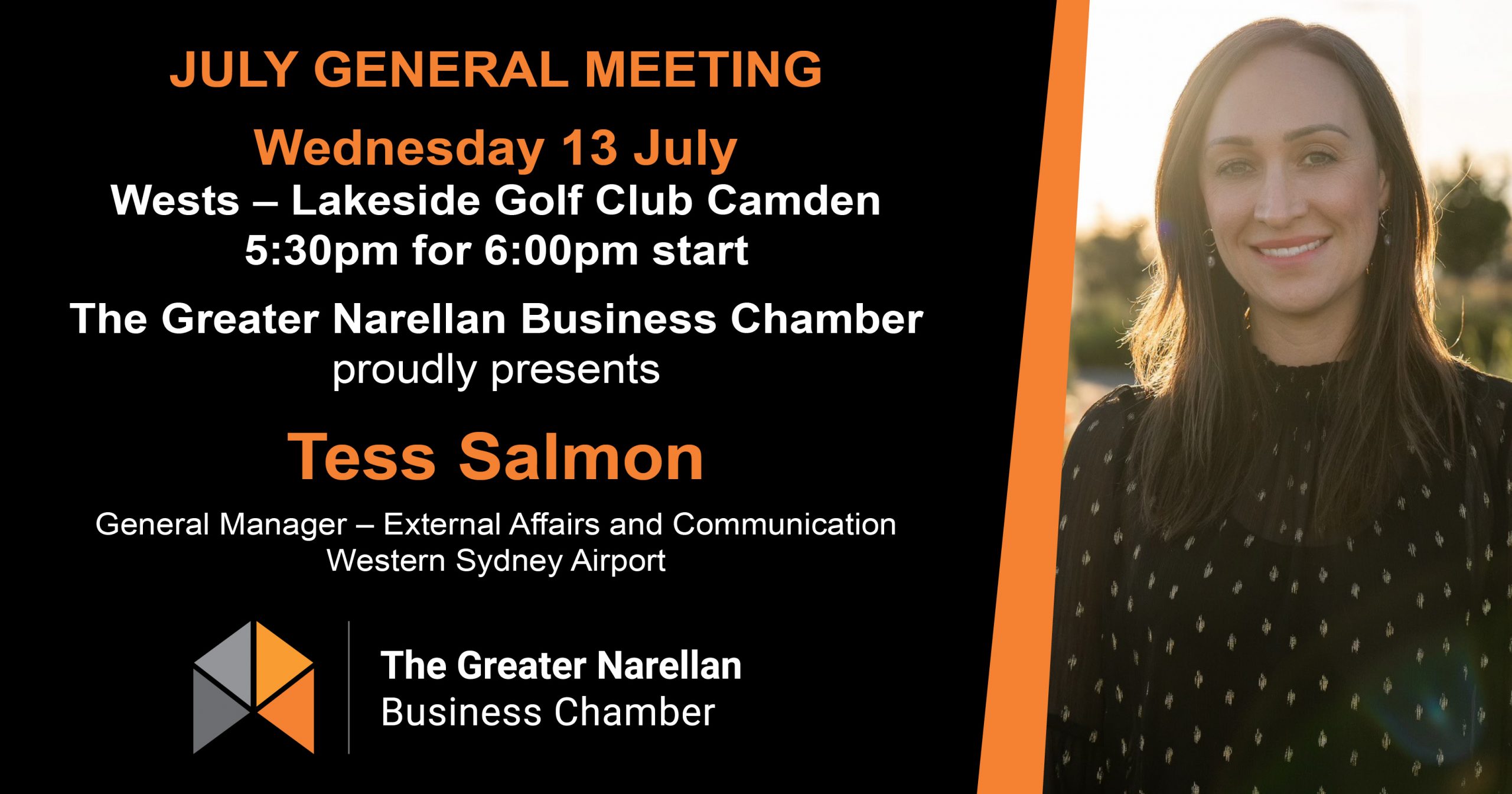 The Greater Narellan Business Chamber is proud to present our Guest Speaker for the July 2022 General Meeting:

As Western Sydney Airport General Manager of External Affairs and Communication, Tess will be speaking to our members and guests about the following areas:

This will be an informative presentation about a project that will no doubt positively impact our region through endless business opportunities during the project and after the airport is complete.

We hope that you will join us as we learn more about this exciting development.

Tess leads the team responsible for stakeholder and government relations, media and corporate communications at Western Sydney Airport. She is a respected communication expert, with over 16 years’ experience in private and government sectors across a range of portfolios.

Tess began her career as a journalist, editor and newsreader before joining politics in the office of the then NSW Police Minister as Media Adviser and later as Media Director to the then NSW Deputy Premier.

After six years in state politics, Tess started a crisis communication consulting business which led her to the NSW Police Force where she oversaw communications for the then newly appointed Police Commissioner before taking on the role of Director of Media, leading a team of civilian and sworn police media officers responsible for the 24/7 communication of police activities across the state.

Prior to joining WSA, Tess led the communication strategies for former Deputy Prime Minister and Leader of The Nationals, Michael McCormack in her role as Director of Media and Communication.

Through her roles in journalism, politics and police, Tess has had the opportunity to mentor and nurture her teams and is passionate about harnessing creative and meaningful career opportunities for young professionals.

Tess is motivated by the opportunity to create impactful change across the Western Sydney region through stakeholder engagement whilst supporting the development of the airport business with strategic communications.